A new study published in the science journal Standing Waves shows that RF signals are disappearing at an alarming rate. Some scientists are going so far as to say that if action is not taken immediately, the airwaves could be completely silent by 2040.

The study’s chair, Dr. Bunsen Honeydew said, “We looked at daily activity on the HF bands from 3.5 to 29 MHz over the last 11 years. For a while the bands were showing healthy growth with plenty of activity, but in just the last five years signals have become much weaker and some have even disappeared completely. Worse hit has been the 10 meter band where we haven’t observed a signal for over two years… the extent of the devastation is breathtaking.”

But what is causing it? Scientists have a few theories but the main culprit seems to be that there are simply too many antennas absorbing a limited supply of RF. As this simple formula shows, RF is depleted at a rate inversely proportional to the square of the distance between any two stations:

Scientists warn that, as cos (1/x) increases, we risk reaching “the point of no return” where RF levels will never recover.

But what does this mean to the average ham? The short answer is we must all help conserve RF. Where hams used to just have one radio, it is now common to own three or even four radios, each with an RF absorbing antenna.

Of course, some of the worst contributors to the crisis are the so-called “Big Gun” stations. These use aluminum farming techniques that have gotten way out of control… covering acres of land with multiple towers reaching up to 100 feet and scooping up every signal that goes by.

The International Amateur Radio Union (IARU) and member societies like ARRL are calling for urgent action and plan to table a number of propositions at the next WARC meeting in Geneva. Among them would be a limit on antenna farming, a program for offsetting RF absorption by deploying more transmitters around the globe, and requiring hams to turn off their receivers when not really listening.

Hello Adrian, thank you for this enlightening article and for drawing attention to this growing problem. I understand that this may lead to an RF preservation tax much like the carbon tax that is now in place. I for one will be installing reflectors on all my antennas, when they are not in active use, to bounce the RF back into the aether.

I will certainly include this timely article on page 13 of the next issue of The Communicator in the hope that it will spur others into action before its too late. 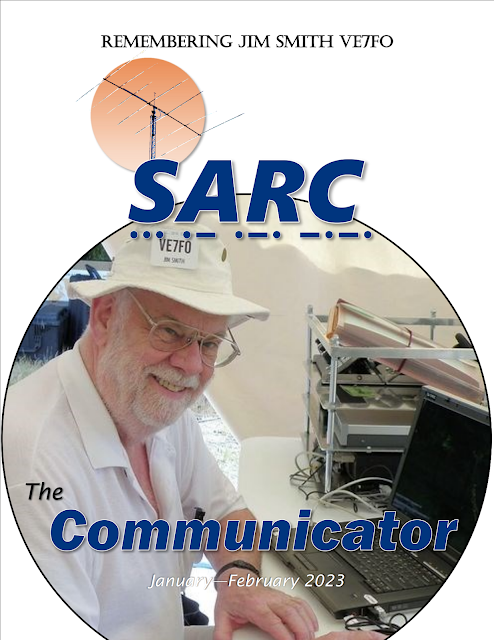