For the 6th straight year N9H will celebrating HEDY LAMARR DAY on NOVEMBER 9, 2021. This special event net will be on at 9am pst to12pm EST, (1700 UTC). Help us celebrate her accomplishments and of course her 107th Birthday. As we celebrate her technological advancements in ham radio and of course her silver screen roles in many movies she did throughout her career. 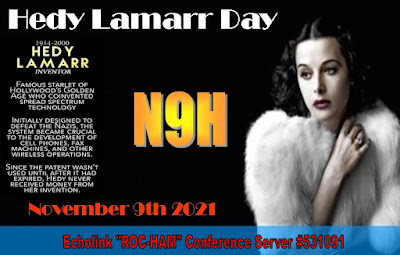 Join us and have fun and check in to the Echolink *ROC-HAM* Conference server node #531091or Allstar node #2585,47620. The net which will run 4 hours or longer depending on the number of check-ins.

Here is the net control line-up for Tuesday, November 9th:

Here is some great info about HEDY LAMARR you may not have known:

Hedy Lamarr: Facts about the actress and inventor!

A special event QSL Card will be available upon request. Just tell the net controller and they will put you down for one and of course to obtain your special event QSL Card.
More information at: https://forums.qrz.com/index.php?threads/hedy-lamarr-day-2021.786710/ and on https://en.wikipedia.org/wiki/Hedy_Lamarr
~
at November 08, 2021 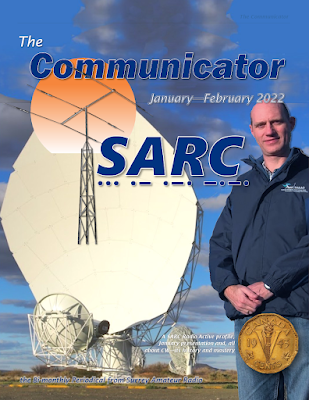