Back to Basics: Transformers

From the Canadian Basic Question Bank

B-005-11-1 If no load is attached to the secondary winding of a transformer, what is current in the primary winding called?

A transformer is a static electrical device that transfers electrical energy between two or more circuits through electromagnetic induction. A varying current in one coil of the transformer produces a varying magnetic field, which in turn induces a varying electromotive force (emf) or "voltage" in a second coil. Power can be transferred between the two coils, without a metallic connection between the two circuits. Faraday's law of induction discovered in 1831 described this effect (See story Page 4). Transformers are used to increase or decrease the alternating voltages (AC) in electric power applications. 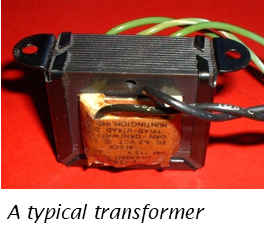 An ideal transformer is theoretical… lossless and perfectly coupled. There exists no lossless transformer though. Transformer energy losses are dominated by winding and core losses.  Magnetic permeability of the core results in the most loss, often felt as heat.

One of the main reasons that we use alternating AC voltages and currents in our homes and workplace’s is that AC supplies can be easily generated at a convenient voltage, transformed (hence the name transformer) into much higher voltages and then distributed around the country using a national grid of pylons and cables over very long distances.

According to Faraday's law, since the same magnetic flux passes through both the primary and secondary windings in an ideal transformer, a voltage is induced in each winding proportional to its number of windings. This is determined by the equation:

When connected to a source of AC power, current flows through the primary winding of a power transformer even when no loads are connected to the secondary winding. The primary winding remains an inductor and lets some AC current through despite its reactance. This minimal current is called "Magnetizing Current" Also known as the “Exciting Current”. This current establishes the magnetic field in the core and furnishes energy for the no-load power losses in the core. 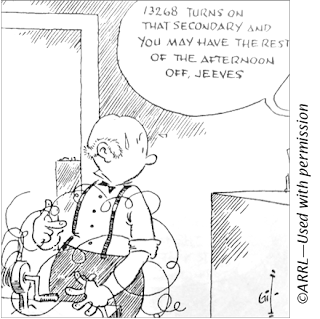 Therefore, the answer to our question is:

A Look At Modulation

A Back to Basics Column from November 2018 From the Canadian Basic Amateur Radio Question Bank Back To Basics is a regular column in the SAR... 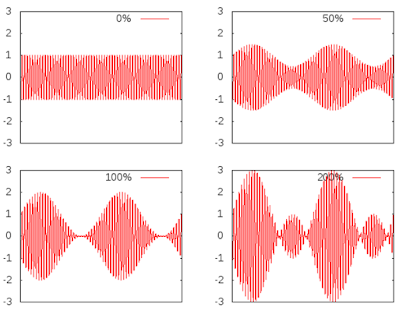